“The Cap”, as it is sometimes referred to, is one of those places that just happens, it can’t be made. There is a certain magic that happens in places that is brought on by the people that own it, work it, visit it, and of course perform there. The way it “feels” in this venue is a combination of everything, and then add some of that something every venue desires. The Capitol Theatre has is, everyone else wants it. This venue has earned itself of being considered iconic for the city, and a staple of New York itself. If you have not experienced it, you need to get experienced. 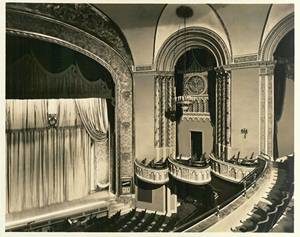 The Capitol Theatre, designed by noted architect Thomas Lamb, opened on Wednesday, August 18, 1926 as a dignified playhouse with great decorative beauty and luxurious comfort. The open letter to Port Chester residents published in the newspaper that week boasted that it would contain “the only theater refrigerating system in Westchester County.” The grand opening, which included a performance of “The Star Spangled Banner” by a ten-piece orchestra and a showing of Sea Wolf, sold out all of its seats (then 2,000), and had to turn hundreds away.

People traveled from near and far to see shows at The Capitol. Hollywood kept the theater going for decades with films like Casablanca, Gone with the Wind and The Taming of the Shrew. Enthusiasts could pay as little as 5 cents to see a double-feature Sunday matinee.

By the late ’60s, the tone had changed. Movies were out and live music was in. The theater was renovated as a psychedelic performance space, and it hosted just about every major rock and roll act of that time period. Under the direction of rock promoter Howard Stein, the likes of Janis Joplin, Traffic, Pink Floyd and the Grateful Dead all graced the Port Chester stage during its heyday. By the early ’70s, however, the theater was shut down due to a new village ordinance that prohibited live entertainment after 1 a.m. It was at this time that Mother Nature became the sole owner of The Capitol Theatre. The roof decayed, and pigeons made the stage their new home. The theater remained dark until the early ’80s. 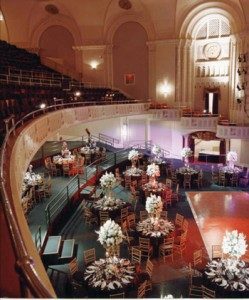 The Capitol Theatre was mainly used to put on plays and musicals during the mid-’80s, and it underwent continuous renovations for several years. There was a brief resurgence of rock concerts in the early ’90s when well-known acts like Phish and Blues Traveler visited the Port Chester stage. However, due to the poor economy at the time, it was difficult for any theater to thrive, and the small size of The Capitol no longer appealed to top-name entertainment. Ravikoff turned in a different direction and hoped to attract conventions and seminars instead. Eventually, the idea to turn the theater into a catering hall for weddings and formal events came about.

Since 1997, the theater has hosted special events ranging from fund-raisers to bar mitzvahs. Removing the seats from the main floor allowed the theater to be transformed into a dance floor for weddings or a dining area for corporate blowouts. The Capitol’s stage made it unlike any other catering hall, and it lent itself to private performances from acts like Hootie and the Blowfish and Katy Perry. 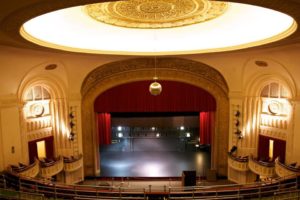 In December 2011, Peter Shapiro announced that The Capitol Theatre would reopen with him at the helm, and the venue began yet a third round of serious renovations. Previously the owner of the legendary Wetlands Preserve in Manhattan and currently the owner of the Brooklyn Bowl in Williamsburg, Shapiro has no shortage of experience when it comes to running successful live music venues. He planned to breathe new life into the historical theater—with state-of-the-art light, sound and video systems, and new carpets, repainted walls and upgraded bathrooms.