Lets start by saying that Ziggy’s is the oldest music venue in Chattanooga, Tennessee. Music Box @Ziggy’s is a music venue for local artists to create a full show featuring their tasty tunes & give a Kick Azz performance.

Ziggy’s has been supporting local and touring bands since 1989. With the DIY (Do It Yourself) style, gives hungry artist the freedom to be creative and be themselves.  Ziggy’s has branded itself as a venue where music lovers can experience the tasty tunes of talented independent artist in their raw, their music, their show, done their way. This was the cornerstone in which Ziggy’s was built.

As a result  it has made them oldest live music venue in Chattanooga. You can see the history on the walls from old show posters and band stickers of bands that have came and gone over the 28 years.

​Ziggy’s has established strong roots in the local music scene. Because of this unique style and values Ziggy’s has been the launching pad for local and touring bands and this will never change.

The menu is interesting to say the least, and the shows are literally all over the place….and I say that in a good way 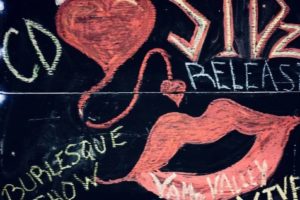 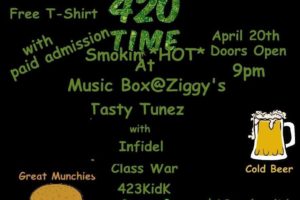 30A Songwriter Radio SEAN OF THE SOUTH