Officially Rocks was given the opportunity for a sneak peek at Hannah Cutt’s soon to be released video “Gets Me Off” and we were very impressed. This video checks all the boxes: excellent quality video, superior sound, great song, sexy and bold… it is definitely one you will want to watch again and again. Yet, great cinematography aside, the raw, unashamed, brutally honest lyrics are what really got me. Hannah fearlessly tears her soul open exposing a darkness so many of us fight to hide.

At five years into sobriety Ms. Cutt shares about her struggles with bipolar disorder, addiction, and a past battle with an eating disorder. It is this openness that grabs you. Hannah has a compelling voice that draws you in from the first note allowing the full power of her lyrics to reach deep inside our essence straight to the dark corners we are afraid to explore. Allow yourself to really feel this song and ask, would you stop yourself or would you rather go off the rails? I think we all might be a bit surprised at what really gets us off. 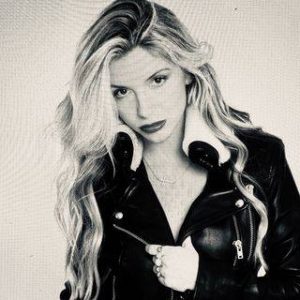 Hannah Cutt is a recording artist and songwriter living in Los Angeles. Her body of work is both soulful and brutally honest, reflecting in part her desire to get sober 5 years ago at the age of 23.

Cutt’s debut rock EP Nightmares, produced by Grammy award winner Scott Storch, features four tracks: “Messy,” “Kind of a Bitch,” “Gets Me Off,” and “Fallen Fool.” An old-soul powerhouse, her lyrics have been described as edgy and raw and her songs are both an exploration and discovery of self on her journey towards sobriety. Cutt describes her music as “pure catharsis.” In turn, her career has been an ode to finding new life through music.

Growing up half the time in Manhattan Beach with her dad, Cutt says, “I was more of a tomboy. I surfed, skated, snowboarded, and was a successful competitive horseback rider. I actually hold a record in riding: I’m the only rider to win all 4 national championships in their division on the same horse in one year! Now, I’m hoping to break some records in music.”

Cutt has performed at iconic LA venues like the Viper Room, Whisky a Go Go, and the Troubadour.

What make you Officially Rock? My music actually leans more pop, but I have a band and we have transposed the music into rock! I write all my own music and the lyrics are all very real and raw. I have been through a lot with my mental health the past couple of years (I am a suicide survivor) and am still here “rocking” on forward with my career.

What drives you as a musician? My personal experience drives the lyrics and the lyrics drive the music. A lot of my lyrics fall under themes based on where I am in my life, and those themes make the album. Underneath the music, there is a major drive to be successful, which keeps my eye on the prize and the big picture of my career.

Who are your main influences? I love catchy music with big hooks no matter the genre. I love Marilyn Manson! His music is super memorable. My favorite album of his is Golden Age of Grotesque. On the pop side I love Christina Aguilera. She has an amazing voice. Her song “Fighter” was produced by Grammy award winner Scott Storch, who produced my entire album! I actually chose Scott Storch because he produced Christina! On the classic rock side, I love Tom Petty, the Eagles, Crosby, Stills, Nash, & Young, Elton John, and countless others. I have albums I want to create that fall under each of these influences: a hard rock album, a pop album and a classic rock album!

What is your songwriting process? I start with the lyrics which is probably my favorite part of the process. Just me with myself. I get a feeling and my head tells me I need to write a song, and I just start writing, and then about 10 min later I have the lyrics to a song! From there I create a melody to either a chorus or a verse before I take it to another songwriter who adds guitar or piano to go with the melody I created, and creates the bones of the song. I then write the rest of the melody on top of that guitar or piano. After the song structure is completed, we take it to a producer who produces the track, then I go in with a vocal producer to do my vocals, and then last we mix and master the song.

What is your craziest road story? I haven’t been on the road but one time during a performance at the Viper Room, a guy in the audience started playing his saxophone. He was playing the Pink Panther theme song. He had been backstage before we got on, but I had no clue who he was! I figured someone in the band invited him. I am oblivious sometimes! Lol. It’s a long story but he wasn’t supposed to be there!

What is your scariest road story? Not too scary, but one time onstage we started playing and I was completely off! I was singing way too fast and not with the music and my guitar player was looking at me like I was crazy! Turns out my in-ears (which play a mix of the song through earphones) didn’t have the piano in it at all so I couldn’t hear the tempo! Took me a moment to realize but once I did I took them out and the rest of the show was great. I actually liked it better without them because you can feel the energy in the room more! But I have to use them, especially if I am going to be playing bigger venues.

What are your thoughts about the current music business in general? The music business has become a lot more about business and less about the music. The number of followers you have on Instagram means more to labels than how good your music is! You don’t necessarily need a label anymore now in order to have a career, but in order to break in and be an actual star like a Christina Aguilera or an Adele, you need a top 40 label to get you exposure.

Where do you see your music career in 10 years? I see myself selling out major stadiums like Madison Square Garden, being interviewed on Joe Rogan, and winning Grammys!

In one word, why are you in a music career? Boys. Jk, lyrics. I love writing lyrics with all of me, and I want to be known for my lyrics!

Cat In A Cage Rock Sound